On what was a chilly November Saturday morning, 12 of us met at the entrance to Dunnywater on the Head Road. The plan for the day was to ascend Rocky Mountain whilst taking in some of the lesser-travelled peaks on the way there and also on the way back to Dunnywater. 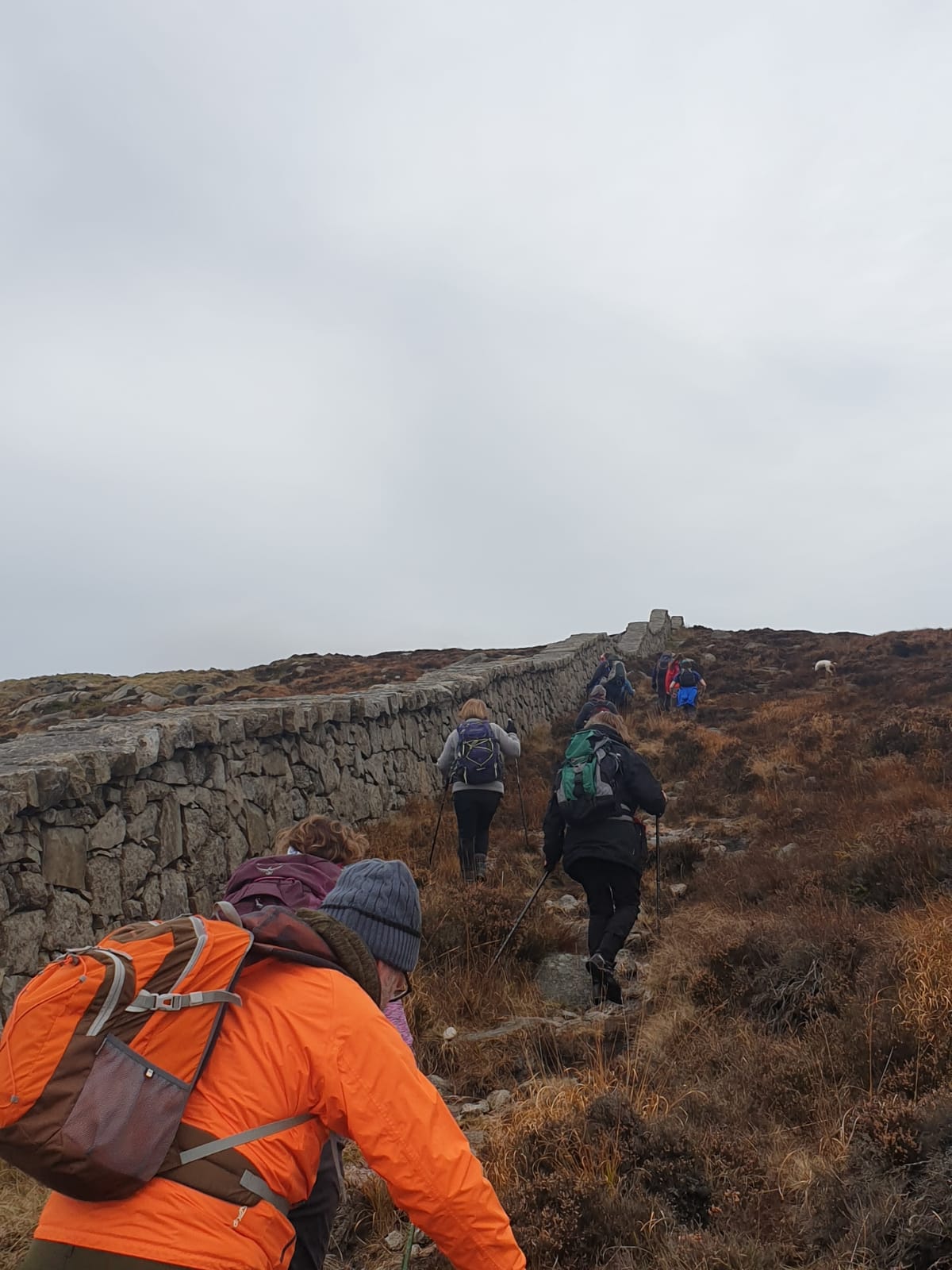 We left the start point and headed off towards Rourkes Park picking up the path which takes you up onto Round Seefin. From there we picked up the Mourne Wall and followed it up onto Long Seefin where we stopped to admire the views across onto Binnian and Chimney Rock flanking us on either side and Donard and Commedagh straight ahead, although the later two were shrouded in cloud. 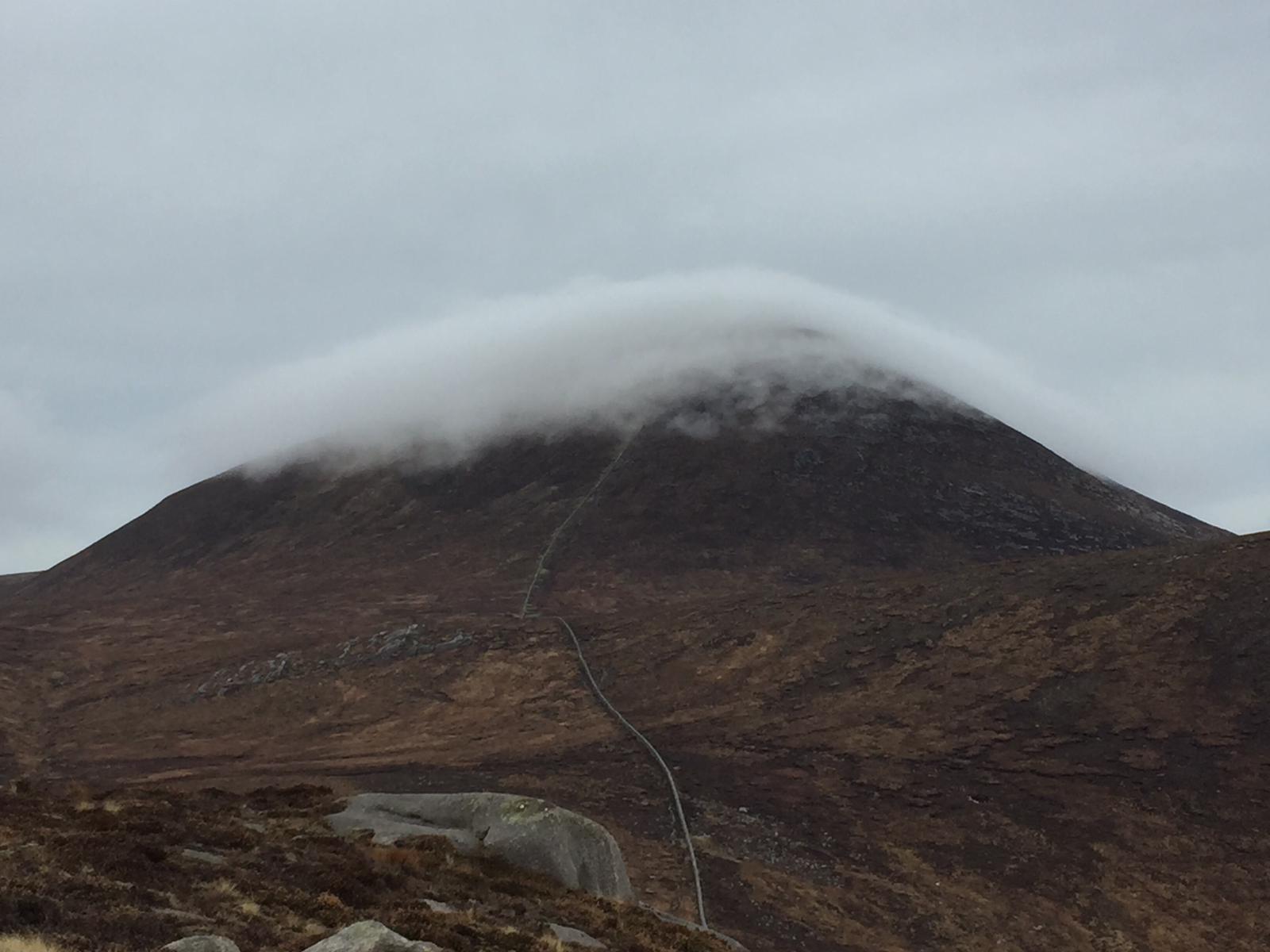 After something to eat and a warm cuppa we set off on our way again following the Mourne Wall to the stile at the bottom of Rocky. Then after a short ascent we again stopped for a few minutes to admire the stunning views across the majority of the High Mournes from the summit. Glad that the majority of the ascent was over for the day we then headed down the gentle decent off the back of Rocky towards the Annalong Buttress picking up the river which runs from the Bog of Donard down to Hares Castle which was our next destination, and more importantly the lunch stop. Hares Castle, although short in stature, does not disappoint with its views with Binnian, Doan, Ben Crom, Lamagan, Cove and Beg, all within sight from our lunch stop at the quarry face. 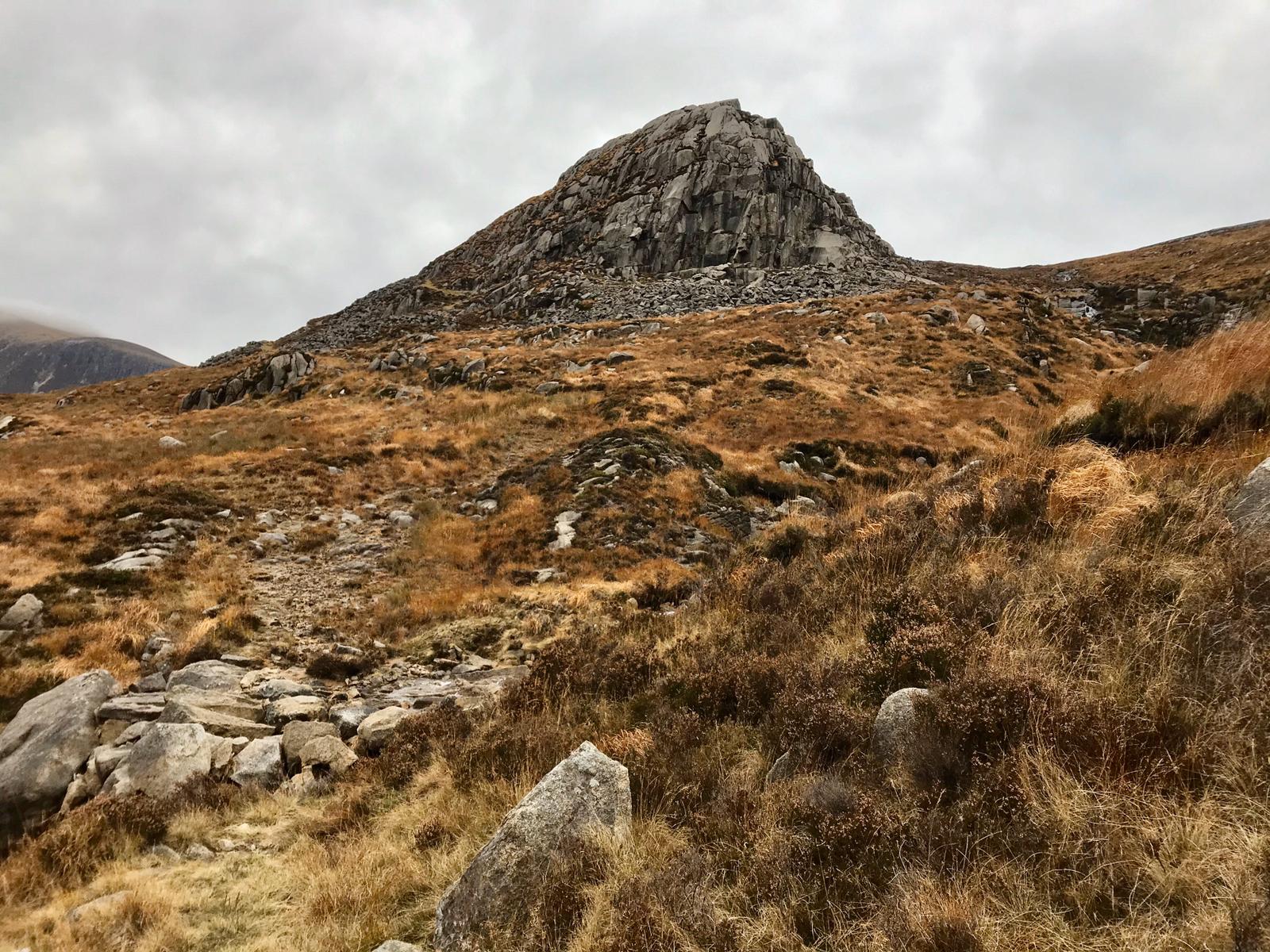 Feeling full of energy after the lunch we set of again – this time the Binnian Tunnel was the destination. After crossing the river we followed the now very faint quarry track for about 500metres before a bit of cross-country across some boggy ground and another river crossing, and after about 30 minutes we reached the Binnian Tunnel. After a short stop to read and admire the stories of the people who built the tunnel it was off out through Dunnywater to the start. 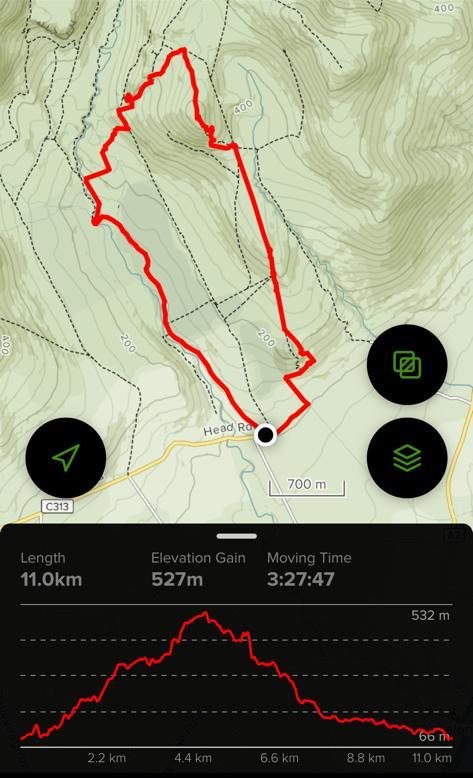